Prime 1 Studio is paying tribute to DC’s famed cat-burglar with a 31″ statue based on her Arkham Knight appearance.

Following their masterful statues of the Arkham Knight, Red Hood, Harley Quinn, Batman and the new Batmobile, museum-quality collectible manufacturer Prime 1 Studio is gearing up for their next Batman: Arkham Knight project, Catwoman. Teased at SDCC 2017 and officially revealed earlier today, Prime 1’s future Catwoman statue sports the new biker-themed leather jumpsuit first seen in Batman: Arkham City, and further refined in Batman: Arkham Knight. The seductive and mischievous Selina Kyle collectible stands at roughly 79.1cm/31in. from the base to the tips of Catwoman’s “ears”; the base is themed after Gotham City architecture, but with personalized Catwoman flair, as the gargoyles have been replaced with cats. Additional display items include Catwoman’s signature whip- both holstered and not, and an interchangeable right arm suited for holding either her whip or one of three included diamonds- colored white, blue and red; Riddler’s explosive necklace sits below one of two selectable heads, with Ms. Kyle showing either a playful smirk or a serious pout. Prime 1 will also offer a limited “Exclusive” version with Catwoman’s goggles down over her eyes. 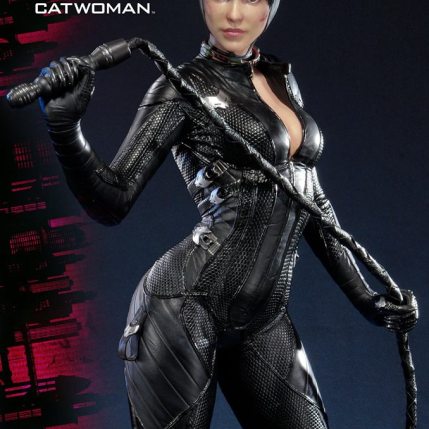 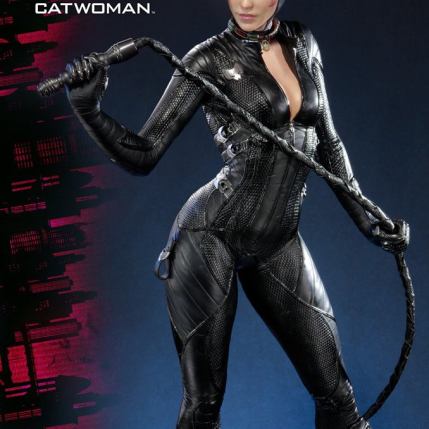 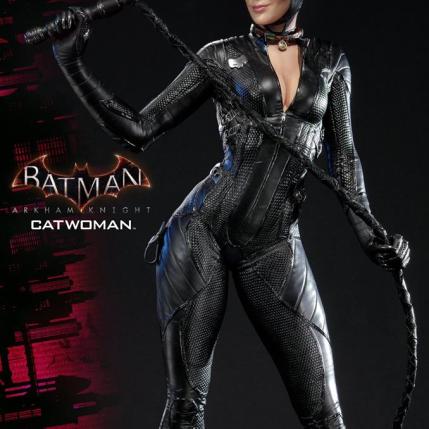 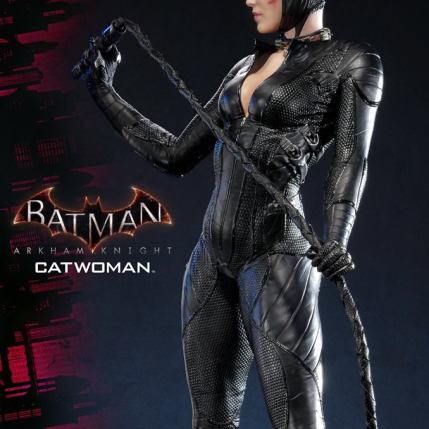 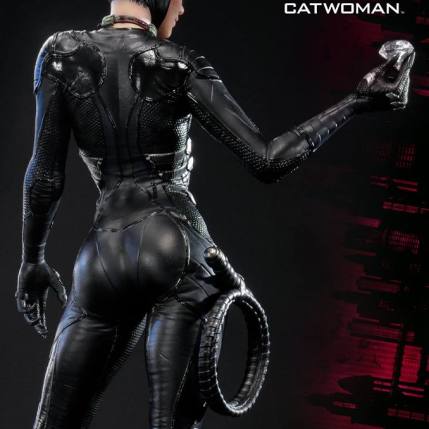 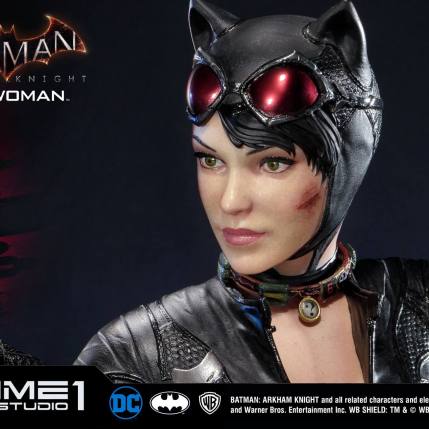 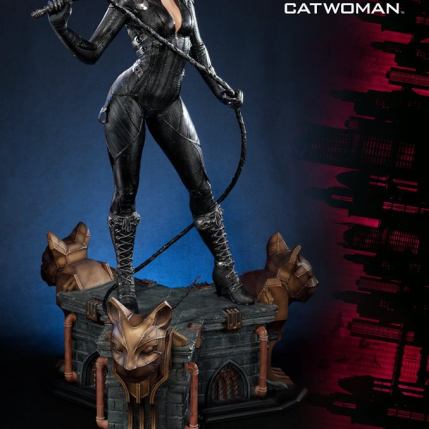 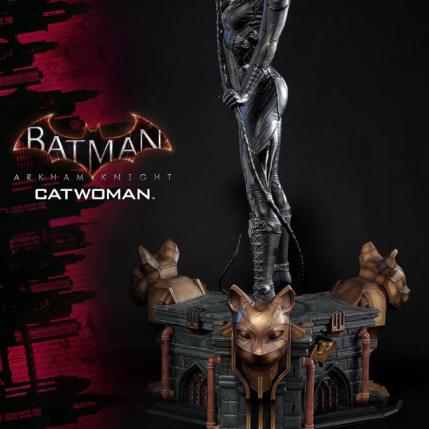 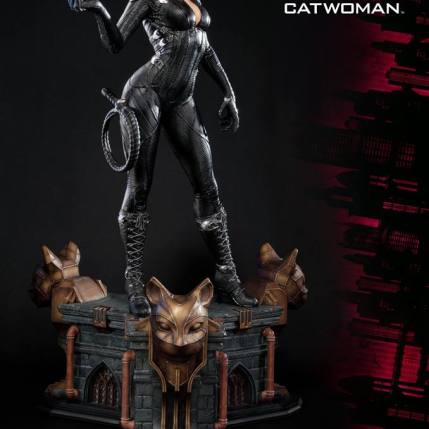 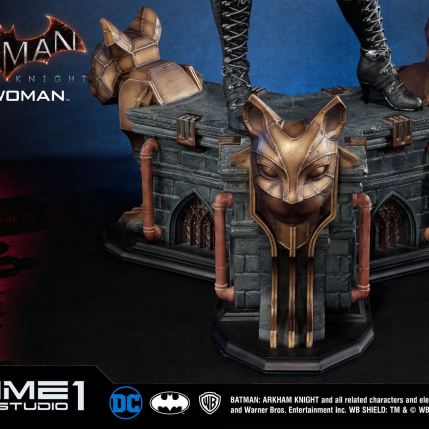 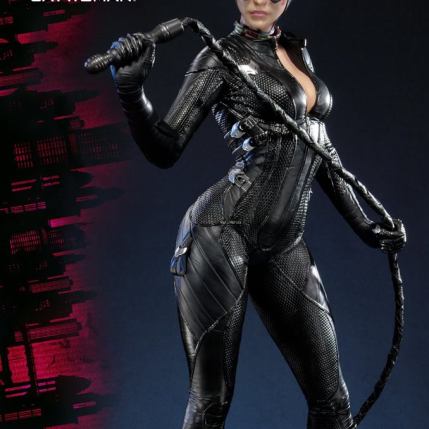 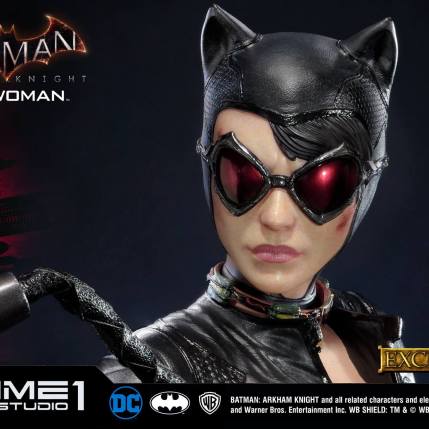 Pre-orders have yet to open, but Prime 1 will offer the standard Batman: Arkham Knight statue for $949, while the Exclusive version will run for $999; only 1,250 of the standard collectibles will be produced, with the Exclusive limited to just 750. A release window has not been announced.

Batman: Arkham Knight is available for PC, Xbox One and PS4.