The Japanese Guilty Gear fans have spoken, as Dizzy will be a future playable character in -REVELATOR-.

Guilty Gear Xrd -SIGN- debuted last Fall in Japanese arcades, with the Sony-exclusive port following just months later. With a revolutionary 2D/3D visual scheme provided by a dissected Unreal Engine 3, intense rock soundtrack and the same bombastic action that the Guilty Gear franchise is known for, Xrd -SIGN- was well-received across the world. A common fault that longtime fans had with the latest installment, Xrd only had a cast of 15 playable characters- 17 after the launches of the Elphelt and Leo Whitefang DLC.

A standalone sequel/update, Guilty Gear Xrd -REVELATOR- was announced earlier this year, and is currently playable in Japanese arcades. The second chapter of the Xrd saga features new UI changes, a “Stylish Mode” gameplay execution setting for beginners, several new and alternate stages, and an extended story mode. The primary takeaway from -REVELATOR- is the increased roster of playable characters; it’s still not up to the full cast of 25 characters featured in Guilty Gear XX Λ Core Plus R, however Johnny, Jam, and new character Jack-O have all been added to the roster. Shortly after Jam Kuradoberi’s official reveal, Arc System Works launched a Japanese-exclusive poll for fans to vote on a potential fourth new character. At the midpoint of the poll, Order Sol was marginally leading in votes: 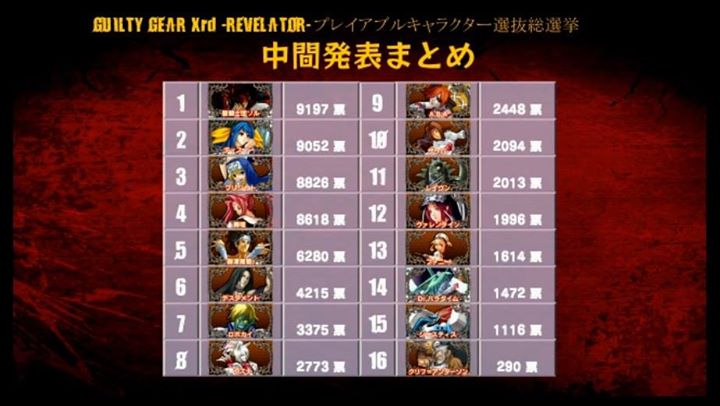 The character voting session is officially closed, with the final results indicating that Dizzy overthrew Order Sol in the second half of the poll, as shown during an official Arc System Works Nico Nico broadcast. While Dizzy will tentatively be the only character added to -REVELATOR- from the poll, the final standing list the top three characters as Dizzy, Bridget and Baiken: 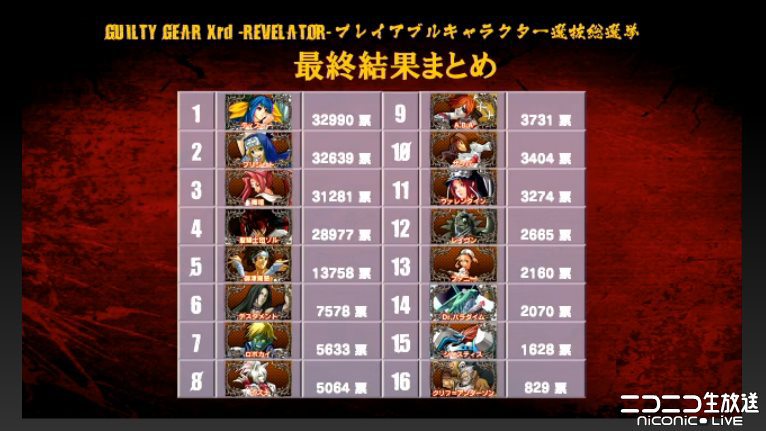 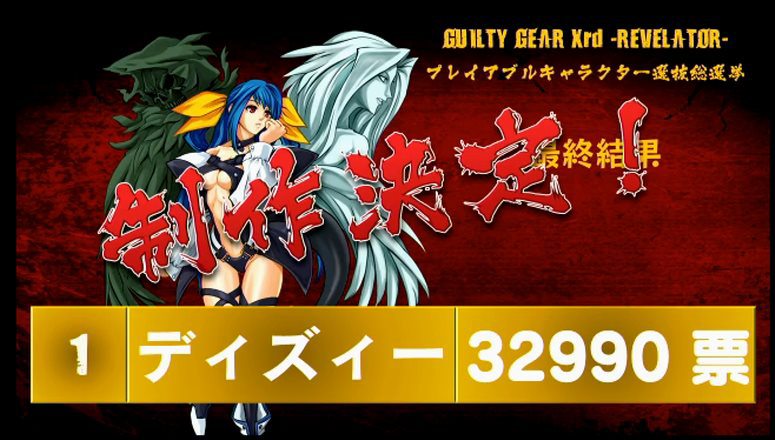 Guilty Gear Xrd -REVELATOR- will release for the PS3 and PS4 in Japan in Spring 2016.